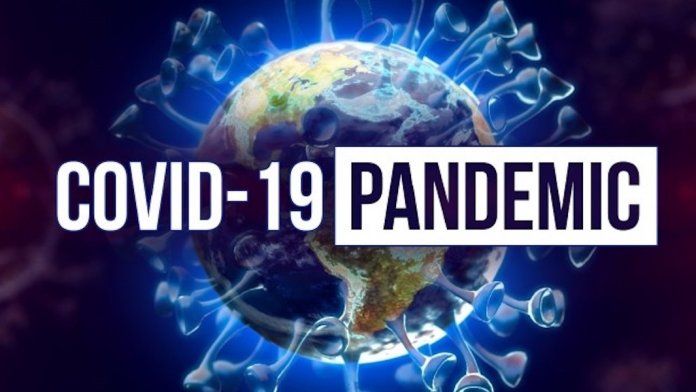 The health, wealth and future of Nigeria and her citizens are today threatened following the unfortunate invasion of the pandemic coronavirus. The cumulative impacts of this calamitous situation are multi-dimensional. Life and living have become extremely difficult for the citizenry. The economy is badly hit such that the anticipated gains of the early passage of the 2020 budget including the overall successful attempts at strengthening the institutions for national development, are progressively fizzling out. And more worrisome, government seems over-whelmed thereby heightening the anxiety and despair of the masses.

But to Senate President, Dr. Ahmad Lawan and the senate, this is yet another opportunity to walk the talk, by way of demonstrating that their ultimate goal is “the wellbeing of the Nigerian people”. As such, it is a moral duty to at all times, to stand for the very people that defied all odds to freely give their mandates to these legislators. There is certainly no amount of sacrifice or dividend that can be considered too much for the constituents who rose to be counted when it mattered most.

And so, concerned that this dreaded virus has the potential to spread to an alarming level, particularly to the grassroots where the health care management system is very weak, and also convinced that early detection is vital in combating the scourge, the senate has spared nothing at delivering critical and strategic interventions since the outbreak, even when Nigeria had not been affected.

Flowing from its several urgent motions and extensive deliberations on the issue, the senate passed far-reaching resolutions aimed at protecting the people. Among others, it was their position that President Muhammadu Buhari as a matter of urgency should “address the nation on the situation of the deadly virus in Nigeria at least to show empathy and sensitivity; as well as “take more precautionary measures including but not limited to travel bans, restrictions on large gatherings, tighter border controls, stringent checking of people coming into Nigeria including mandatory 14 day quarantine, banning of some countries and other measures that the Federal Government deem fit to take. The senate further requested “the Federal Government to open testing centres in each state of the Federation”, and to “stop airlines coming in from countries known to have been affected with the Coronavirus; as well as “shut down all international airports except Abuja and Lagos to ensure proper check of citizens coming in”.

Then to ensure coordination and effectiveness, the senate asked the federal government to “immediately constitute a meeting of the National Council of Health to harmonize their responses and advocacy to Covid-19. Also in this regard, public health departments at all levels of governance are directed to “ensure that all public health requirements and hygiene be properly monitored in accordance with the health enactment of federal, state and local governments”. And above all, “the federal government should set up a special intervention fund for the purpose of tackling this Coronavirus”.

According to the visibly-disturbed senate president, “this is the most important issue that every part of the world is concerned with. Even though we are lucky, we should not rest on our oars, we must ensure that we marshal all available resources to protect our citizens. We need to be very careful, this is something that is entirely new to the world. We should work with the executive to ensure that we provide those facilities, particularly the testing centres. We need to have testing centres at least in each geographical zone. We need to have a standard which must be set by the federal ministry of health. Everything we have said here is because we are concerned with the health of our people”.

Meanwhile in usual demonstration of proactive leadership, Lawn had at the early stage of the outbreak, particularly when Nigeria had not recorded an incident, led the senate leadership to an assessment tour of the temporary isolation centre for eventual victims of the coronavirus at the University of Abuja Teaching Hospital, Gwagwalada, Abuja.

At the visit, he adjudged the centre, as being “not in good shape and does not look ready to receive any patient” in the event that Nigeria was attacked as later was the case. He lamented that, “we are in an emergency even if we don’t have people who are affected, we shouldn’t just rest on our oars. We have to do everything and anything possible to fix that temporary isolation centre to be prepared and ready to receive any one who falls sick in this respect.”

He added that, “I am sad, we are indeed actually sad, that of the N620 million that was supposed to be released to this place for fixing of everything here to NCDC, not a kobo has been released. We are going to get across to the Minister of Finance and all the other authorities that have anything to do with this to release this money. So, we are going to ensure that the money is released, we are going to put pressure. This is what they are supposed to do, and they must do it. There’s no way that Nigeria, the largest economy in Africa, with a population of 200 million, and yet the Federal Capital and six surrounding states of the North-central, you don’t have one room that you can call an isolation centre, where anyone who unfortunately falls into this crisis will be taken to. This is not acceptable. Let’s spend money on our people, we waste money on some things that are less important. This is about the health and lives of the people of this country, and therefore, no investment is too much.”

Instructively and to further illustrate the depth and sincerity of the corporate concern of the senate, this visit was preceded by an invitation to the health minister, Osagie Ehanire, for a discussion with the senate leadership on Nigeria’s level of preparedness against the epidemic. At the meeting, the senate president asserted that the senate “want to be part of the response. We want to ensure that our quarantine centres are properly equipped. I want to lead a team to visit the centre in Gwagwalada tomorrow afternoon. We want to come and see how well that place has been put. We are not praying for anyone to contact the disease but while praying for the best, we should prepare for the worst”.

Then towards expanding those interventions, senate was to urge the Federal Government to allocate more funds to the Nigeria Centre for Disease Control, NCDC, for procurement of “the latest and most recent equipment that there is, for research and diagnosis of tropical diseases disrupting human existence as prevention is always better and cheaper than cure”.

As a dedicated leader who is passionate about the wellbeing of the Nigerian masses, Senator Ahmad Lawan is not relenting. He has consistently warned that though the situation was yet to escalate, “we shouldn’t push our luck too far. We should be very observant of all those regulations the technical experts give us. There is a need for the Federal Government to do a little more, especially in the area of testing centres. The entire North and South-east have no testing centres and it shouldn’t be so. Also, for isolation centres, the state governments are building, the ministry of health should come out with a standard which will be replicated in all the states. So we need to through our committees, ensure we work with the ministry of health to work with the states to ensure the isolation centres are standardised. The federal government is supposed to do that, and we are prepared to support the federal government’s request is for money. Even for those established, we want to suggest that we continue to upgrade the standards.