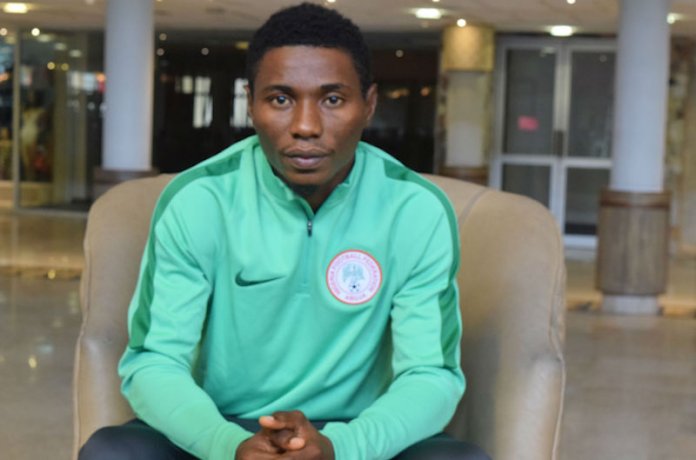 Enyimba FC of Aba yesterday confirmed the kidnap of the club’s midfielder, Dayo Ojo and another player of Abia Comets, Benjamin Iluyomade along the Benin- Owo expressway on Sunday evening.

In a statement issued by the Media Officer of the People’s Elephant, Zazi Bariza Samuel, a third player in the vehicle they were traveling in, Emmanuel James escaped from the reach of the gun men at the incident that happened at the Ipele part of the highway.

The news of the kidnapping of the two players came just few hours after the death in a car crash of two footballers from Rangers International- Emmanuel Ogbu and Ifeanyi George, who was also a Super Eagles ‘B’ team player.

Both Ojo and Iluyomade who were former players of Sunshine Stars of Akure embarked on the trip following the suspension of footballing activities in the country over the issue of Coronavirus in the country.

Although no demand for ransom has been received from the gun men, officials of both Enyimba and Sunshine Stars urged sports journalists and fans on social media to refrain from comments that may jeopardize their early release from captive.

“At this time, and considering the sensitivity of the incident, Enyimba Football Club wishes to call on members of the media to refrain from reports or speculations capable of jeopardising the player’s safety.

“Ojo’s family also wishes to appeal for privacy while enjoining the general public to pray for the safety and freedom of the player,” observed the statement from Enyimba.

This is the first kidnapping case in the Nigerian league since former coach of Katsina United, Abdullahi Biffo, was captured and released in January 2019.

Bordeaux winger Samuel Kalu’s was the latest Super Eagles player caught up in a case, when his mother was released six days after being kidnapped in March 2019.

Former National team coach Samson Siasia also had his mother held in captivity for ten weeksbefore she was released. She had previously been kidnapped from her home in Bayelsa State.