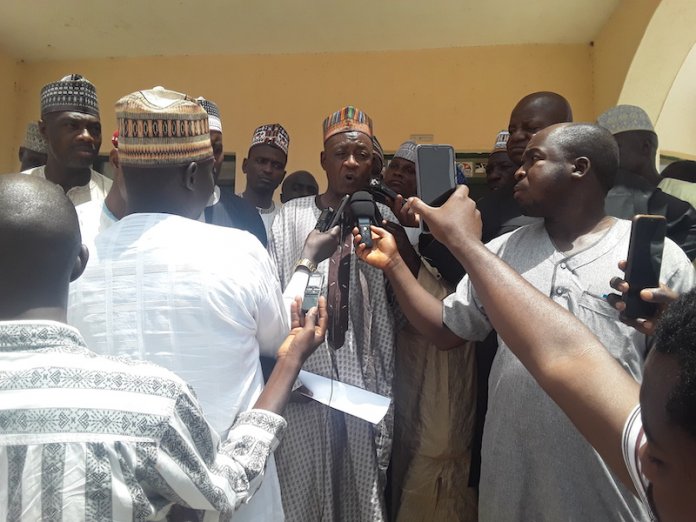 The internal crisis rocking the Katsina State chapter of the Peoples Democratic Party (PDP) reared its ugly head again on Monday as some aggrieved stalwarts of the party called for the immediate cancellation of the recent ward and local government congresses conducted by the party.

They described the exercise, which was conducted across the 361 polling units and 34 local governments areas of the state, as illegal and unconstitutional.

Addressing journalists, the leader of the aggrieved members, Dauda Kurfi, said the conduct of the exercise was null and void having allegedly trampled on the party’s law and the constitution of the Federal Republic of Nigeria.

But the leadership of the party in the state has since dismissed the claims, insisting that the ward and local government congresses were conducted in line with the party’s constitution and electoral laws.

Kurfi also accused the state Chairman of the party, Hon. Salisu Yusuf Majigiri, of circumventing the PDP constitution before conducting the congresses, saying the cancellation of the exercise remained the only option for the party.

He therefore appealed to the leadership of the party at the national level to wade into the crisis by nullifying both the ward and local government congresses “because the congresses were not conducted in line with the party’s constitution”.

“We need an inclusive and vibrant party. Katsina State is the home of PDP. The people of Katsina are looking upon us to come and safe them from the misadministration currently going on in the state by the APC.”

While describing PDP as the party that believes in democracy and rule of law, Kurfi said party leaders and members should respect internal democracy and avoid acts capable of the disintegration of the party.

In his swift reaction, the state PDP Chairman Majigiri said the party conducted the ward and local government congresses as enshrined in the constitution of the party and electoral laws.

He said: “The ward and local government congresses including the state and even the national convention is a sole responsibility of the National Working Committee (NWC) and the National Executive Council (NEC) of the party.

“And the NEC of our party has approved the timetable and other processes for the conduct of all congresses. The conduct of the ward and local governments congresses does not violate any provision of our guidelines, constitution of the party and the electoral laws.