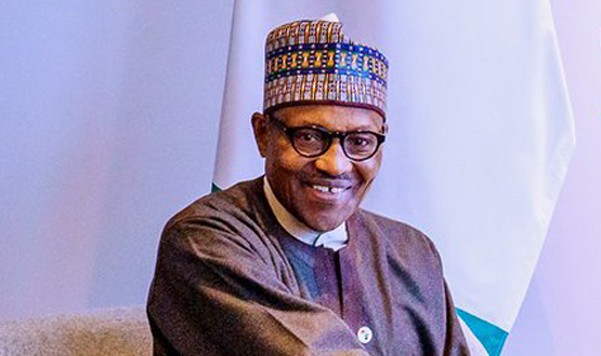 Abdulwarees Solanke writes that a government should be all-inclusive

For Nigeria as a democratic project, the ideal government that can build the nation is not one in which the winner takes all. It should be an inclusive government in its constitution or composition. It should be a representation of the interests and needs of all the constituent stakeholders in the nation.

Necessarily, this would include the opposition, giving it consideration or factoring its input in decision making, policy design and implementation. It should also learn from the best practice of past governments’ and sustain the prospects of their public interest-based programmes and projects.

This will be found in a government that is driven by a patriotic desire to stimulate national development and engender transformation in the country. It is a government that transcends the zero sum game characteristic of our political history.

Happily, from the pronouncements and actions of President Muhammadu Buhari so far, this is the prospect that is emerging in the nation, requiring the understanding and support of all.

It is this context that we should explore further, the development challenges that have endured in the country, threatening our national security and cohesion, to the extent that resources that should ordinarily be deployed to developing capacity of the citizens and providing supporting infrastructure for development are now being channelled or stretched on security and combatting corruption.

If this is a demand of public agenda setting that is in the domain of the mass media, we may then ask: what is the role of the media in all these, especially public service broadcasters in de-politicizing development and democratizing transformation? How have they played it in the past? Are they playing it now? Are they empowered to play it?

On another scale, if economics is the science of efficient allocation and utilization of scarce resources to achieve optimum value/returns for the benefit of the society, it becomes imperative for leaders and managers of the public sector in the developing world to undertake critical evaluation of the options and choices available to bail them of the quagmire of development crisis in which they are enmeshed.

How have the public and social media assisted in setting or mainstreaming issues to be on public agenda?

Remarkably, these issues however are not merely economic challenge, but entirely development-oriented as the crises we are confronted with are structural and political, calling for innovative and pragmatic approaches, options and measures that are sustainable and truly transformational to unlock us from the tragedies.

Unfortunately, when the subject of reform is raised, most citizens are not clear as to what it entails. Indeed, many interest groups, for parochial reasons, obfuscate the very essence of reform in how they aggregate to challenge or support reform programmes

. This obviously explains the failure of reform or development projects and measures we have attempted to pursue in the past but unable to deliver dividends of development which the reforms are intended for.

For us in Nigeria, we are not impeded by any lack of appreciation of our development crisis. Rather, we are constrained mainly by the politics of approaches and choices we take to push through our reform projects.

For this reason, we often disagree or vacillate while trying to generate ideas in the planning stage or we waste time and resources in the implementation stage to compound our challenges. In both cases, we corrupt or compromise reforms.

This seeming lack of collective sincerity and courage therefore portrays the nation in negative perspective as evidenced by our standing in many global ratings and development indices.

The direction most countries pursuing reform now is to interrogate the size and role of government in public service delivery, the involvement of other sector providers including the international government and multilateral agencies.

At the same time, they try to evaluate the political, ideological and cultural parameters that clarify group interests, in the creditable delivery of such development and reform projects.

How well do we take cognizance of these imperatives? First, let me enumerate some reform projects and programmes the nation has embarked upon since the mid-70s and leave you to evaluate our success in them: Land Use, Local government Service, the various agricultural development programmes, WAI, MAMSER, Better Life, Code of Conduct and Anti-corruption initiatives, Vision 2010, Vison 2020, SERVICOM, the Seven Point Agenda, Transformation Agenda, and the heart of Africa Project.

We can also cite Operations Feed the Nation, and the green Revolution Projects of the late 70s and the early 80s without forgetting the post-civil war initiative of the Triple R: Reconstruction, Rehabilitation and Reintegration.

The ongoing Change Project is in the league of efforts at national transformation. In all these we see expression of good intention and huge financial deployment. But in most of them, we also see public disdain, process subversion and implementation exploitation. Why?

The failure of the past efforts at transformation of Nigeria explain why the Change Agenda must set itself apart and be pursued with utmost patriotism to drive national development. In an article I wrote recently, titled After Reading Walter Rodney, I celebrated an intellectual giant who I always admire for his definition of development.

The Guyanese historian and revolutionary, Walter Rodney who died at the ae of 38 in a car bomb explosion is famous globally for the very illuminating book, “How Europe Underdeveloped Africa”, a work that is still shaping the political consciousness of many Africans.

He sees development as a many-sided process beginning from the individual level to the other complex social political and economic level. Rodney’s all-encompassing definition finds practical elucidation in the UN Sustainable Development Goals.

Are these goals too idealistic? Are the targets too amorphous or unattainable? Is the deadline unrealistic? Were those countries who score highly on a different plane? What assisted their impressive status? Given similar challenges and resources, couldn’t we have matched them?

What were the forces that impeded those who scored low on the MDG progress chart? Could low scoring nations a deadline extension? What are those things that needed to be done? Will they be done?

Now, Nigeria’s fourth experiment in democracy has clocked 20 years, long enough to remedy the past failures. These 20 years therefore offer us the opportunity to explain the politics of reform and development in the country. In the next few months, specifically on October 1 this year, the nation will clock 60 years of political independence.

Our experience shows that there had been unnecessary muscle-flexing among tiers and arms of government when all should play complementary roles without prejudice to the norms of checks and balances, given the enormous challenges confronting the nation.

Between the federal and state governments in many instances, there is power or jurisdiction contestation while the local governments often claim subjugation under the states. In the same vein, confrontation is not uncommon between the executive and legislative arms of government on areas that ordinarily demand understanding and cooperation.

Instances also abound of corruption and interference in judiciary, and consequently compromise or delay of justice and interpretation of the constitution. More dangerous is the tendency for the politicization of the police, the armed forces and the anti-corruption agencies.

If this is the scenario, it would of cause be difficult, if not impossible for development or reform to be facilitated in the country.
Simply, we have been playing politics with development in the development policies we enunciate. Or better still, we have concentrated on politics while relegating development.

It is this context that we must understand the success or failure of any reform initiative.
If any project or agenda must succeed as a tool for national development, it must enjoy ownership of all stakeholders in the Nigerian Project while the federal government must also find expression of the agenda in all the regional development initiatives in the country.

This is beyond political affiliation. Therefore, issues of development must never suffer the ills of political partisanship.
Consideration for sharing the dividends of democracy must transcend party affiliation. It is not politically strategic to exclude a segment of constituency simply because of unimpressive voting in such areas.

In fact the more unpopular a ruling party is in an area, the more the incumbent must it be interested in its exclusivist political philosophy and try to address its yearnings.

A sagacious government is one which depoliticizes the distribution of dividends of democracy in ownership of the country as one constituency. Altruistically, it pursues non-discriminatory policies which safeguard the interests of all.

Such approach contains the prospects of weakening opposition, while promoting national cohesion or unity. Indeed, it prepares the ground for transformation and stimulates development through collective ownership of reform projects.

An essential feature of this approach to development is transparency or openness, an index that is vital in assuring good governance in any polity. Political parties which form the foundation of government must not only be interested in winning votes, because voting is like a barter.

Abdulwarees, a fellow of the Chartered Institute of Public Diplomacy and Management, is Acting Deputy Director, Strategic Planning & Corporate Development at Voice of Nigeria

Quote
A sagacious government is one which depoliticises the distribution of dividends of democracy in ownership of the country as one constituency. Altruistically, it pursues non-discriminatory policies which safeguard the interests of all