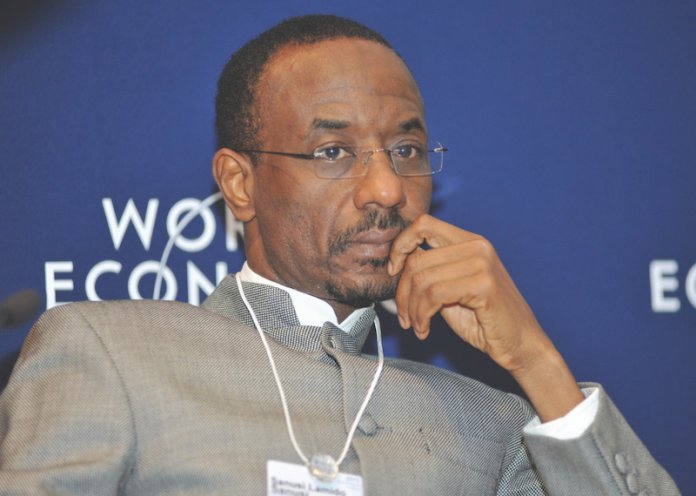 A lot of people were excited to hear former Emir of Kano State, Mr. Sanusi Lamido Sanusi, say he had moved on and not going back to the traditional stool, because truly, the future is for the taking for a progressively brilliant mind like him. Shola Oyeyipo writes

There have been series of debates since the dethronement of the former Governor of the Central Bank of Nigeria (CBN), Sanusi Lamido Sanusi, who was in the saddle as the Emir of Kano State from June 9, 2014 till March 9, 2020.
After protracted and unresolved disunity, the Kano State Governor, Dr. Abdullahi Ganduje approved his removal as the Emir of the ancient city of Kano.

While the governor and his cohorts will jubilate in their privacy that, “The enemy has been beheaded”, overall, Kano State and its people have only been deprived of an exceptional leader – one with a worldview capable of moving the state to the best imagined place. But, on the other hand, a rewarding future awaits the deposed Emir, especially, with the sweeping calls for higher duties.

This is simply, because many observers are of the opinion that a man, who climbed to the pinnacle of his banking career as the CBN Governor and ascended the coveted Emirship, was only victimised on the altar of politics by a rather myopic government that was more vindictive than progressive. Sanusi was sacrificed for speaking the truth to power.
Although Governor Ganduje won a judicial victory to retain the governorship seat in the state, swept his messy dollar bribe video under the carpet and eventually asserted his power by removing the traditional ruler, he has won no victory in the court of public opinion in the larger Nigeria.

Thanks to the maturity and gentlemanliness with which the former Emir handled the incident, a lot of his supporters and admirers saw clearly that Ganduje’s action did not take anything away from the soft spoken-yet articulate and brutally honest Nigerian.
His reaction was consoling to his supporters and admirers. “With almost six years on this throne, and, in charge of our heritage, today, the almighty Allah, who gave me the leadership has destined to take it back. “As I always say, leadership has predetermined tenure. The days Allah destined are numbered. When the days come to an end one must leave. We have accepted whatever Allah decides. We have agreed. We appreciate (God). We are happy and we know it is what is best for us. Everything has a beginning and an end.”

As usual, Nigerian leaders are most effective and prompt in carrying out sinister assignments than meeting peoples’ needs, after which they come up with well-crafted explanations for their well-orchestrated agenda, though those familiar with the Kano State government and the palace under Sanusi cannot feign ignorance of what got the two parties to where they are.
When the state government was giving reasons for Sanusi’s dethronement in a statement signed by the Secretary to the State Government, Usman Alhaji, who said the decision was unanimous among members of the Kano State Executive Council led by Ganduje, allegation of disrespect was the main issue raised against the dethroned Emir.

“The Emir of Kano is in total disrespect to lawful instructions from the office of the state governor and other lawful authorities, including his persistent refusal to attend official meetings and programmes organised by the government without any lawful justification, which amounts to total insubordination.”
Further alleging that Sanusi’s actions were breaches to Part 3 Section 13 (a-e) of the Kano State Emirate Law 2019 and, he added that, “The removal was reached in order to safeguard the sanctity, culture, tradition, religion, and prestige of the Kano Emirate built over a thousand years.”

Five days before his eventual dethronement, precisely on Wednesday, March 4, the Kano State House of Assembly led by Speaker Abdul’aziz Garba Gafasa, obviously acting government’s script, had announced its decision to probe Sanusi over alleged violation of culture and tradition of the state.
While the lawmakers attributed their decision to probe Sanusi to two petitions submitted against his, record also had it that members of the State Assembly were engaged in a brawl over plan to dethrone the Emir.

Fact is that the no-love-lost relationship between Ganduje and Sanusi could be narrowed down to the latter’s disapproval of the governor’s leadership style, which he feels is not doing enough to meet the urgent needs of the people of the state. The Emir is appalled by the devastating level of poverty and illiteracy among his people and was not able to influence the leadership to take meaningful actions that could impact directly on the lives of the citizenry in the near future.

This, perhaps, shaped his attitude towards the government and like any other leader, who wants the best for his people, he could do with a change of government during the controversial 2019 election in Kano State.
So, to get back at him and minimise his influence, the Kano State Governor thought it wise to sign a bill creating four new emirates in the state to law, and expectedly, Sanusi was unsatisfied with that, hence the gulf between him and the governor widened.
Earlier in 2018, Sanusi also suspended five village heads under the emirate for offences bordering on insubordination. Those affected were Muhammad Abdullahi (‘Yan Dadi village) Jamilu Abubakar (Hugugumai), Abdu Yahaya (Gadaba), Dahiru Muhammad (Galadimawa) and Isyaku Mustapha (Ridawa), all in Kunchi Council.

So, it is more like the state government paying Sanusi in his own coins, but only that this time around, the government meddled in the affairs of the traditional council for political reasons.
Another sin of the former traditional ruler was his very critical public statements, which the government considered as direct attack on it.
However, his main undoing was that he failed to realise that in spite of the fact that the APC was drastically failing Nigerians at almost all levels, they abhor criticisms. So, the notion that Sanusi was being critical of government did not go down well with the ruling party, both at the state and federal levels.

So, like the proverbial dog, Sanusi only needed a bad name to be taken to the slaughter slab, not necessarily because he was bad. He was only a kind of guy, who couldn’t condone the continued atrophy of his people through poverty, illiteracy, drug addiction, insecurity and all other vices.

He was passionate about many issues and never shied away from making his position known to them. Some of such relate to Islam, family, poverty and education. These are areas government should make meaningful impacts.
Sanusi wanted Nigeria to ban underage marriage and at various for a, implored Nigerians, especially, Muslims to give birth to the number of children they could care for. He took a stand against all forms of practices perpetrating poverty in the north. He particularly wants something more than the Almajiri system and his position was that fathers should be arrested for sending out their children to beg instead of sending them to school.

The banker-turned traditional ruler maintained that the Almajri problem of the North Nigeria was not a religious concern, but a social issue requiring urgent attention.
Sermonising to his people in one of his numerous exhortations, Sanusi said: “We have been talking about Almajri for over 30 years. Why are people having family that they cannot maintain? Why are people marrying wives that they cannot maintain? The condition is that you are able to provide for your family.

“Instead of having many children, why not have the ones you can cater for? These are the fundamental questions we should ask ourselves. Most of these children roaming about the streets will be adult in the next 20 years and they will be the ones recruited as political thugs by the politicians in the next twenty years, if we don’t take good care of them now.

“This is my own advice that we must look at. These are not religious issues; they are social issues that need to be addressed”.
Identifying Almajiri as a social issue, Sanusi would definitely want more from any government. His anger is that with what he considers as ‘perpetual colonisation of northerners’ by imposing western education as national standard, those with Arabic knowledge are not getting their due recognition hence the need to catch up with the trend.

This explains why he was critical of the state government on misplaced priority. He saw the urgency in expanding the scope of education above other things. He wanted the children to be able to compete equally with their counterparts from every other parts of Nigeria.
Now a new and preferred Emir has emerged in person of Alhaji Aminu Ado Bayero, but the question is, would he be comfortable with the backwardness of his people, the street urchins who come handy as political thugs and terrorists? Is he going to be quiet about underage marriage, poverty and all that just to please the governor?

Time will tell. Nigerians are waiting to see what kind of Emir the Emperor-governor really wants. Fortunately for Sanusi, given the courage he showed and the humility with which he accepted the governor’s bully, more Nigerians are standing with the dethroned emir on this.
Many prominent Nigerians, including former Nigerian president, Olusegun Obasanjo; playwright and Nigerian Nobel Laureate, Prof. Wole Soyinka; former Secretary to the Government of the Federation (SGF), Babachir Lawal and a long list of other well-meaning Nigerians have empathised with him and assured him that a greater future is ahead of him.
While Sanusi is being celebrated across religions, ethnic and regional lines, some bloggers already stated touting him for political office as a vice presidential candidate. Where he considers such position, anyone can be sure that the former CBN governor will enjoy tremendous goodwill among Nigerians, who feel he was victimised by Ganduje for always being on the side of truth.