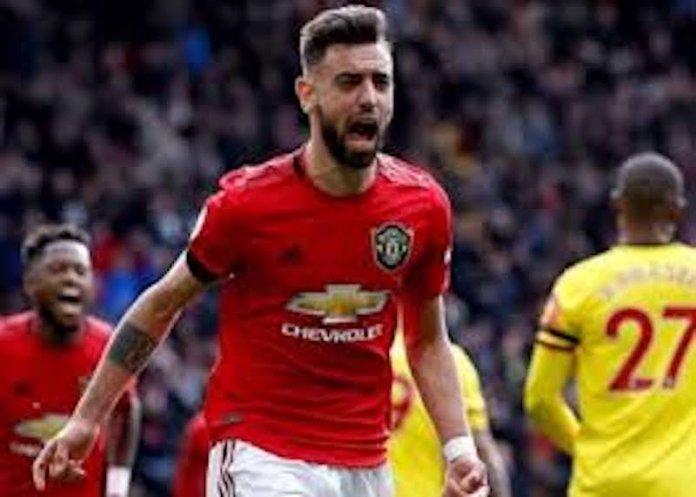 Bruno Fernandes has scooped Manchester United’s Player of the Month award for the month of March. The attacking midfielder beat off competition from Odion Ighalo, Fred and Harry Maguire to scoop the accolade.

This is the fourth individual prize Fernandes has won since completing a transfer from Portuguese club Sporting Lisbon in January. Ighalo scored three goals in four appearances for the Red Devils in February.

The forward linked up with Ole Gunnar Solskjaer’s men on a six-month loan deal from Chinese Super League side, Shanghai Shenhua in January.