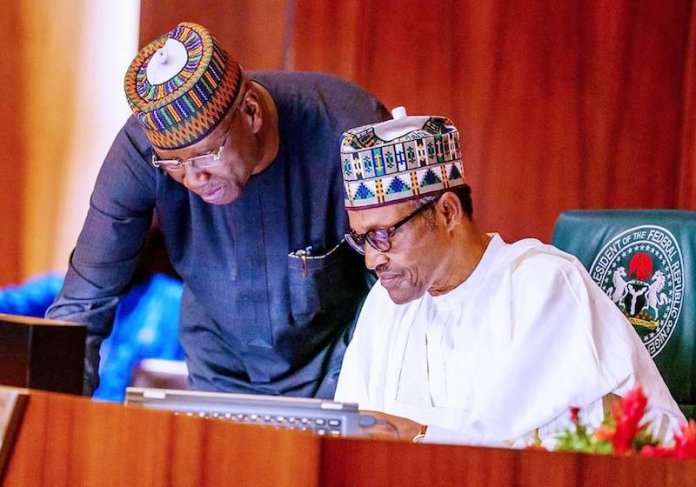 To contain the ravaging COVID-19, all hands must be on deck, writes Samuel Ajayi

The pandemic called Coronavirus first reached Nigerian via an unnamed Italian, who came to the country on February 27. Many had thought that the pandemic would not really have a foothold in Nigeria. But all that changed on Wednesday last week, when the Minister of Health, Prof. Osagie Ehanire, announced that the nation had recorded five new cases of the virus.
Out of the five, four were in Lagos while the remaining one was in Ekiti. The Ekiti case was the driver that carried one of those, who tested positive to the virus. According to the minister, three of the new cases arrived from the United States of America while two came from the United Kingdom.

“We are still collating information on the travellers,” the minister said during the briefing. “Two out of the three from the US are Nigerians: a mother and six week-old baby, which makes it the youngest COVID-19 patient we have. The third is an American national, who crossed the land border to become the first COVID-19 case not arriving by air.”

On Thursday again, the Lagos State Commissioner for Health, Prof. Akin Ayobami, also announced that out of 19 new suspected cases, four were confirmed positive and this brought the number of confirmed cases in the country to 12.
He added that the new cases had been isolated in the Infectious Disease Hospital, in Yaba, Lagos. He said the first of the four cases was a female, who had contact with the lady, who came to the country from the UK and who had earlier tested positive.

The second case, the commissioner explained, was a female who returned to the country from France on March 14 on a Turkish airline TK1830 while the third case was that of a man in his 50s, who did not travel anywhere but tested positive to the disease. And the last case was that of a Nigerian, who arrived the country on March 13 from Frankfurt on Lufthansa airline flight LH568.

The disclosure by the minister has now alerted Nigerians to the fact that the virus is closer home that many would have thought. That is where the problem lies. The nation’s health system, from all indications, might not be equipped to deal with an outbreak of the virus, and this is dangerous.

In response to the new cases and the efforts to stem a further spread of the highly contagious virus, the Lagos State government banned any gathering of more than 50 people and also advised that churches and mosques should not operate this weekend so as to enhance the option of social distancing, which is what many countries have adopted to stem the spread of the disease.
In the same vein, the state government announced the closure of all private and public schools from Monday 23 March this year, even as THISDAY learnt that there were plans to ban social gatherings like parties and other ceremonies that require many people to be in attendance.

While government has taken these steps, which are considered pro-active, the fear amongst Nigerians is that the nation might even have more cases than government is disclosing and also there might be cases out there that government and other relevant authorities were not aware of. Beyond this is the fact that many Nigerians are superstitious and might be adopting such in dealing with the virus.

The greater danger, however, is that Nigeria is a very informal country. Many are of the opinion that even if schools, banks and other public places were shut down, what of other public places like markets and supermarkets.
These are places where Nigerians usually have body contacts and mingle with each other. That is why many are of the opinion that may be a complete lockdown of the metropolis might not be a bad idea after all.

To underscore the fact that Nigerians might not have come into the full grasp of the danger posed by the COVID-19, the Oyo State branch of the opposition Peoples Democratic Party (PDP), on Wednesday held a rally in front of Mapo Hall, Ibadan, Oyo State capital.
The rally attracted thousands of party members. In fact, it was alleged that one of the musicians that performed at the rally just returned to the country from the United Kingdom, a few days ago and went straight to perform at the rally. Many are of the opinion that he should have gone into isolation since he was in the UK, where the virus was prevalent.

Even countries like Italy, which have strong health systems are finding it hard to cope, which is the point that raises the question about how prepare the nation’s health system should there be an outbreak.
Dr. Jay Osi-Samuels, a Harvard-trained public health development expert, who works with an international NGO based in Abuja, said with what is at hand, the nation could still cope but if the cases escalate to hundreds, the nation might be in trouble.

His words: “Even US with all their strength does not have the capacity. It is a novel virus and we have asymptomatic and symptomatic cases. What you have to do is to test people and there is what we called the Centre for Disease Controls (CDC), protocol for testing.
“You do not just test people. But since there are no resources to test people, in countries like South Korea and China, they are testing everyone. But the US is facing bureaucracy and bottleneck and so on. For our own country, the body is National Centre for Diseases Control. NCDC is equipped to deal with it.

“With the Ebola experience, they are equipped to deal with things like this. They have six regional testing labs in all the geopolitical zones. Those labs can test. But you also have to realise that a lot of people believe it’s a viral organism.
“So the testing is not your normal testing. You have to have specialised equipment and personnel to do the testing.

The installed capacity is there but with this scale, you have to test faster than before. The US government and Nigerian government have supported and now we have 27 of such labs and six of those have been upgraded and given high-powered equipment.

“They could do 96 in 24 hours period before but could now do 3000 tests in 24 days. They were built for HIV diagnosis but with this COVID-19 case, the Food and Drug Administration Agency, FDA, did EUA (emergency use authorisation) and the test kits that could be used on this machine are now available and now the process is ramped up to step up the process of testing as many as possible.

“I deliberately used the US experience to let you know what we have in our hands if we have a major outbreak. It is when we have the kind of outbreak we have in Italy that we could ask if we have the capacity or not. In the US, they have just 96,000 intensive care units and they need millions.

“Now, if such countries are overwhelmed, you can imagine what happens here. To answer you, if we have cases up to hundreds, our health system would be greatly stressed and I doubt if we could cope. And of all the centres we have, only Lagos State seems ready to cope with increase in cases.”