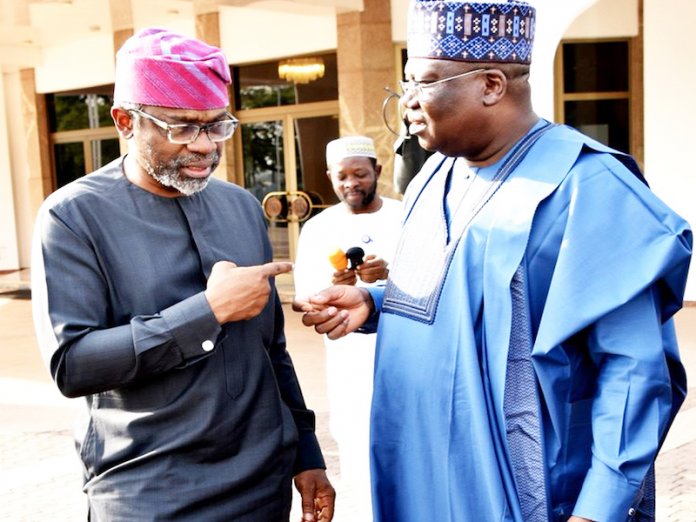 With the reported rise in the number of persons infected with the Coronavirus in the country, the National Assembly, last week, took specific steps to addressing the menace, report Deji Elumoye and Udora Orizu

The Coronavirus epidemic is fast becoming one of the gravest economic, political and social challenges in recent times. The outbreak of the virus now declared as a pandemic and first discovered in December, 2019 in Wuhan, China, has spread so fast in Nigeria, that members of the Senate and House of Representatives are beginning to understand the humongous task before them, hence the mobilisation to fight it.

With Nigeria currently recording 12 cases of affected persons and counting, the federal lawmakers are now poised to tackle the deadly virus.

At plenary last week, the Senate called on President Muhammadu Buhari to address Nigerians on government’s readiness to tackle the virus now known as Covid-19.

The red chamber, in adopting a motion moved by former Governor of Gombe State, Senator Danjuma Goje urged government to stop visa on arrival policy for foreigners while also canvassing for the shutdown of all international airports except Abuja and Lagos.

According to the Senate, the federal government should take more stringent actions like travel ban, tighter border control and restrictions on large gatherings, and banning of some citizens of other countries from entering Nigeria.

It also urged all related government agencies to keep Nigerians abreast of all cases of the virus worldwide, while banning flight operations from all international airports except Lagos and Abuja.

The Senators further called on the federal government to set up Coronavirus testing centres in all the states of the federation and the Federal Capital Territory.

At yet another plenary, the Senate resolved to suspend all public hearings with effect from Tuesday, March 24.

President of the Senate, Dr. Ahmed Lawan, announced this at the end of a two-hour Executive session of the upper legislative chamber.

“The Senate gallery will also be cleared effective from next Tuesday, which foreclosed visits by students to observe Senate proceedings”.

Lawan explained that the Senate took the far-reaching decisions with a view to curbing the spread of Coronavirus in the National Assembly.”

The Green Chamber had, however, in February, long before Nigeria recorded its first case of Coronavirus, particularly rejected a move to evacuate Nigerians from China.

Chairman of the House Committee on Media and Public Affairs, Hon. Benjamin Kalu, had then moved a motion for Nigerians stranded in China over the health crisis to be brought back to their home country.

The House members shot down the motion, despite spirited efforts made by the Speaker, Hon Femi Gbajabiamila, to make the lawmakers see reason.

At a particular plenary earlier this month, the House resolved to suspend plenary for two weeks over the spread of Coronavirus.

The House said the suspension was to enable the management install facilities to screen and detect the virus as well as afford members the opportunity to travel with a view to sensitise their constituents on the outbreak of the disease.

This resolution was sequel to the adoption of a motion of urgent public importance, titled ‘The need for emergency response and tackling of deadly coronavirus (COVlD-19) in Nigeria’, moved by Hon Idem Unyime, and granting the prayer by Hon. Ndudi Elumelu.

While supporting the motion, Elumelu proposed an amendment to the prayers of the motion, calling on the National Assembly to suspend plenary for two weeks.

Presenting his motion, Unyime noted that the federal government needed to move swiftly and intensify collaborations with health agencies to nib the virus in the bud at this early stage of the outbreak.

He lamented that with the current situation of health facilities in Nigeria, the virus if not properly checked or curtailed could easily be transmitted within the larger population and might lead to a wider catastrophe.

“The House is aware that the Coronaviruses are a large family of viruses that cause illness ranging from the common cold to more severe diseases such as Middle East Respiratory Syndrome (MERS-CoV) and Severe Acute Respiratory Syndrome (SARS-CoV). A novel coronavirus (nCoV) is a new strain that has not been previously identified in humans.

“The haemorrhagic disease was first diagnosed in the Chinese City of Wuhan, with a population of 11 million residents, and has spread to over 58 countries still counting since that time. The coronavirus has killed nearly 3,000 people and infected over 80.000 globally.

“The outbreak was declared a Public Health Emergency of international concern on January 30, 2020 and was immediately reported to the World Health Organization Country Office in China. The main reason for the declaration of concern is that the virus will spread to countries with a weaker health system.”

“The Federal Ministry of Health’s Emergency notification to the public that the Coronavirus influenza outbreak this time is very serious and fatal and is highly contagious. The socio-economic implications of the outbreak of COVlD19 in Nigeria can be very disastrous.”

Contributing to the motion, Hon. Nasir Ahmed said it was worrisome that Nigeria as the most populated country in Africa has only 3 isolation centres. He made reference to the case of Iran Vice President, who contacted the disease and two of its cabinet members that died recently after contacting the disease, saying more need to be done to tackle it.

Also, Hon. Dagomie Abiante said Nigeria was not ready for what is coming, adding that there’s need for all hands to be on deck.

“We are now faced with our worst fears. When the motion to bring back our brothers from Wuhan, China was brought up, why did we bring it down? Finally, our fears have caught up with us. There’s urgent need for all hands to be on deck. We don’t have enough information about this virus. We need to sit up, we do not have a single thermometer and we are not ready for what is coming to us.

Adopting the motion, the House directed the leadership of the National Assembly to set up Ad-hoc Committee to interface with the executive, health agencies with a view to overcoming and eliminating the dreaded disease.

The House also urged the federal government to release more emergency funds and create enabling environment and support to the Federal Ministry of Health and other Health Agencies and institutions in a bid to completely overcome and eliminate the virus.

The lawmakers also called for the immediate activation of all centres established and designated for the treatment and management of Ebola cases in the country for the management of suspected cases and victims of COVID-19.

However, the House said it was not considering suspending plenary amid the coronavirus outbreak. Chairman, House Committee on Media and Public Affairs, Hon. Benjamin Kalu said this while addressing journalists in Abuja last Thursday. Kalu said the lawmakers would go on with sessions to enable them deliberate on “burning issues”.

Also, last week, the House asked the federal government to postpone the National Sports Festival as well as insisted that government must follow the path of other countries to close borders, halt flights, ban large public gatherings and shut schools and other public places.

It took the decision after adopting a motion of urgent national importance moved by Hon. Onofiok Luke at plenary. The House also urged the Federal Ministry of Health to continue to work with federal and state medical establishments to update and upgrade facilities and prepare for eventualities.

It further urged the Federal Government, and Ministry of Youth and Sports to immediately postpone the National Sports Festival scheduled for Edo State and other activities with a large gathering in the interest of the nation’s health and wellbeing till further notice.

Onofiok while presenting the motion said it might be insensitive to host such event at a time countries and nations were shutting down markets and airports, and discouraging large gatherings as a measure of fighting the ravaging coronavirus.

The lawmaker, while commending the efforts of Edo State government in organising the sports festival, said the festival would bring together thousands of young healthy Nigerians from all the states, which will mingle and go back to their states to further mingle with friends, family colleagues and community with the attendant implications.

He therefore expressed concerns on the increasing cases of the virus in countries all over the world, saying that flights from high-risk countries should be halted till further notice.

He added that without effective social distancing and drastic steps to avoid contacts, this epidemic could be easily transmitted.

The House also called on the federal government to ban open congregation of worshippers for the time being following the recording of five new cases of coronavirus in the country.

The Green Chamber also resolved to shut out visitors from coming into the House indefinitely, while calling on the National Assembly management to immediately make provision for the testing of any entrant into the legislative House.

The decision of the House was sequel to the adoption of a motion of urgent national importance moved by Hon. Zakare Chawai on the need to ban foreign airlines coming into the country.

Chawai had said in the event that foreign airlines were banned especially, from coronavirus ravaged countries, there was need for the federal government to put in place, all necessary protocols and palliative measures.

He said sporting activities had been banned in some countries, because of the ravaging virus, stressing that Nigeria needed to look inward and take similar decision.

Elumelu further added that open religious gathering should be banned for now as it was done in countries like the Vatican City, Iran and Saudi Arabia to curtail the spread of the virus.

But Hon. Rotimi Afe said it was not about banning the foreign airlines alone, adding that people are still coming in through the country’s land border.