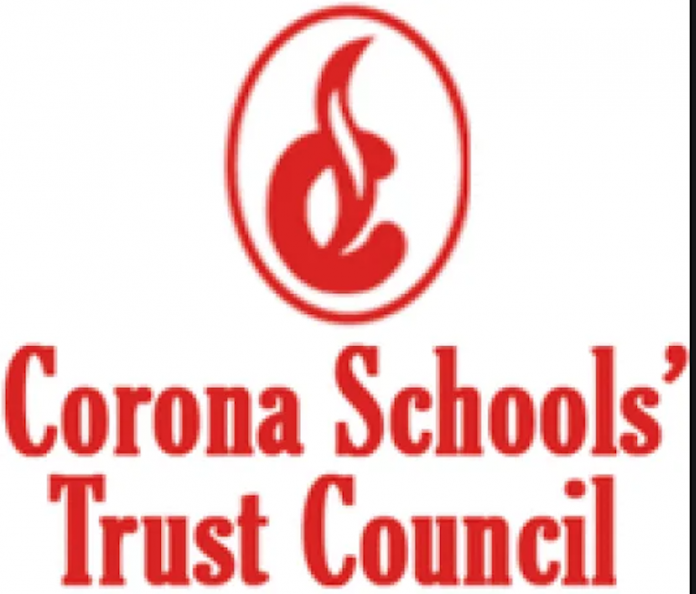 Corona Schools’ Trust Council has rekindled the hope of Jennifer Williams, whose hope of acquiring secondary education was nearly dashed due to life circumstances. She was offered the Nora Majekodunmi Special Category Scholarship Award, which runs into millions of naira annually, for the six years she would be schooling at Corona Secondary School, Agbara. Although the scholarship is one normally given on academic merit, it was given to her on the basis of a need.

Born to a mixed parents from Ondo and Delta States, Williams was in primary three when she started to nurse the dream of becoming a renowned fashion designer with her own clothing lines. However, tragedy struck! She was just an adolescent in junior secondary two (JS2), preparing for promotion exams when a strange boil started to grow on her left hand, which was her predominant hand.

A small boil, turned small sore, and small sore, started to spread through the affected arm, causing her excruciating pains, which later kept her out of school for six years, even as her parents struggled to get her help. As if the injury to her arm, and losing her chances to education wasn’t enough, as her ordeal lasted, her father; an offshore worker in whom she had a best friend passed on, forcing her mother, a petty trader, to relocate her, alongside her five younger siblings from Delta State to Ogun State.

For the next six years Jennifer had to live with the indelible sore and she thought all hopes were lost. According to her, “with heavy hearts and tears, I would sit outside and look at other children going to school and also watch them return home. At a stage, children in my area started describing me by my predicament. I could not stand the pains and shame anymore, and sometime in April 2019, my mum decided to take me to live with my uncles who live across waters in Ajah, Lagos State. That was where hope found me.”

Slum2School Foundation had gone for a medical outreach in the small village Jennifer was, when one of Jennifer’s uncles, Chris Williams approached the founder of the foundation, Mr. Otto Orondaam to help wade into Jennifer’s situation. Subsequently, Slum2School decided to take up her treatment.”

According to Orondaam, “when we took up the case, we initially tried all we could to still save the hand, but the situation seemed not to be improving. We were left with no other option but to amputate the hand before it gets to her shoulder.”

As tears rolled down the checks of the soft spoken Jennifer, she added “the first day Slum2School saw me, my hopes were restored. When they told me at the hospital that they have to amputate my left hand, I agreed to it because there was no other better option, as the hand was draining my strength and the pain was no longer bearable. I couldn’t even walk a short distance. Now I am very strong and can walk miles if I am asked to.

“I am now more determined. Within a month I started practicing to use my right hand, and now I can write with it, wash by myself, cook with it, draw and design with just a hand. I started learning how to write with my right hand immediately I left the hospital. I would take a book filled with words, and another plain one and start copying what they wrote on the book into the plain book. Though I’m still improving as I’m yet to be fast and smooth at writing, but I’m determined to master it so I can regain my beautiful handwriting.

Orondaam further revealed that after Jennifer recovered from the operation, returning to school became her new song. Hence the Slum2School Foundation took it upon itself not only to return Jennifer to school, but ensure she gets quality education.

He stated: “We sent out a lot of request to secondary schools asking them to give her scholarship. We had a lot of disappointments and few acceptances, however, we wanted the best out of the best we got, and Corona, being one of the best in Africa, was just the perfect school we wanted her to be. I am so grateful to Corona for accepting her to school here on scholarship basis. I was moved to tears by the reception. And I am further convinced that this rare privilege isn’t only genuine, but part of the Corona foundation.”

Speaking with THISDAY, the Principal, Corona Secondary School, Mrs. Chinedum Oluwadamilola said charity works had always been a part of the school’s character. “Corona schools have been known over the years for reaching out to the less privileged. Not only do we have adopted schools, all the classes have an adopted charity which they work with, and reach out to. And group of our students likewise have community service initiatives which go from provision of toilet and toiletries to library, science room, among others.

“When the CEO of Corona Schools Trust Council, Mrs. Adeyoyin Adesina mentioned that Slum2School had approached the council to bring in a child into the secondary school, who is an indigent student, and incidentally, an amputee, for an offer of scholarship, we were much opened to it.”
With hope rekindled, Jennifer was invited to the school to bond with students and also subject to academic assessment for a few weeks. The lucky girl excelled and motherluck smiled at her. The board eventually approved the scholarship in February and was taking through the whole admission processes and here she is today.”

While promising that Jennifer would have a good stay at the school, Oluwadamilola expressed hope that the opportunity would mark a turning point in her life. “And with these qualities and exposure to quality education in a place such as Corona School, it’s surely the beginning of a great thing.”

While encouraging those going through various life challenges at the moment with the story of Jennifer, the principal said, “life has its way of bringing our way what we desire and seriously yarn for. So Jenifer is a good example of that, and she is not a bitter child. Of course, I’m sure she would have some settling challenges like any other child coming in to school in a strange environment, but I’m sure she would cope and we definitely would support her.”

Having successfully facilitated a presidential ‘welcome reception’ in honour of Jennifer, who was moved to tears upon seeing the level of acceptance from the students, the Head Boy of the school, Gbenuola Olaiya, and the Head Girl, Freda Uchebenu said they were happy to have Jennifer with them.

Olaiya said: “I love what Corona is doing. I don’t think many schools could do this. We are glad to have her here and we hope that she blends well with other students and have a very good time here. Her story just ignites a fire in me that one should keep pushing to be the best one can be no matter what life throws at you.”

For Uchebenu, her love for children didn’t only make her dream of becoming a pediatrician one day, but also created a soft spot in her for children with remarkable stories as Jennifers’. She described Jennifer who she had a direct encounter with during her short stay in the school as “a very open and receptive person. She talks to you like a normal person not an amputee. She is courageous and doesn’t like to be pitied. I like her courage and I’m very excited she is here with us because she would be able to show other students our equality. It is going to be a learning opportunity for all of us because in life, challenges may come but we need to be strong and ready to overcome them.”

With Jennifer’s dream to become a fashion designer still intact, she thanked God for using Slum2School Foundation, staff and students of Corona Secondary School to rewrite her story, even as she encouraged others alike never to give up in life, no matter the challenges.